A fashion designer has issued an urgent warning to dog owners after her Instagram-famous pup was repeatedly kicked in the ribs at a popular dog park.

Cristina Tridente, the founder of fashion house Couture Love Madness, was ‘terrified’ after a mystery man lashed out at her golden retriever Hercules.

She was walking the adorable seven-month-old in a park in Robe Terrace, North Adelaide, on Saturday afternoon when the sickening act of animal cruelty took place.

Cristina Tridente, the founder of fashion house Couture Love Madness, was ‘terrified’ after a mystery man lashed out at her golden retriever Hercules

The shaken fashionista said Hercules got scared while playing with the abuser’s dog and curled up behind his legs.

“The owner started kicking him hard, in the ribs,” Ms Tridente told The Advertiser.

“He did it twice while I was running and when I questioned him he grabbed Hercy by the collar and he wouldn’t let go.”

When the man showed no signs of letting go of his pup, the designer started screaming in hopes that another dog owner would help her.

“I had to fight him to free Hercy,” she wrote on social media.

“He kept yelling at me that it was ‘people like me hurting dogs because of his size’. 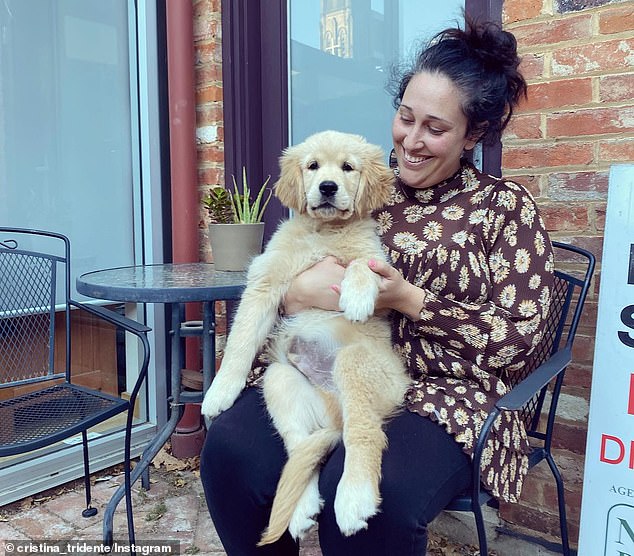 Ms Tridente said seeing her beloved pup kicked in the guts was ‘horrifying’.

She quickly left the park, but not before telling dog owners in person and on her social media what happened and to stay safe.

The designer described the man as in his 50s, with a slim build and short brown hair, and said he was wearing blue jeans and “flashy” sunglasses.

Ms Tridente said the incident was particularly traumatic as the man refused to let Hercules go despite his panicked pleas.

“I just want other owners to know. I go there almost every day, it’s a lovely area and there are always lots of lovely people and dogs,” she said. 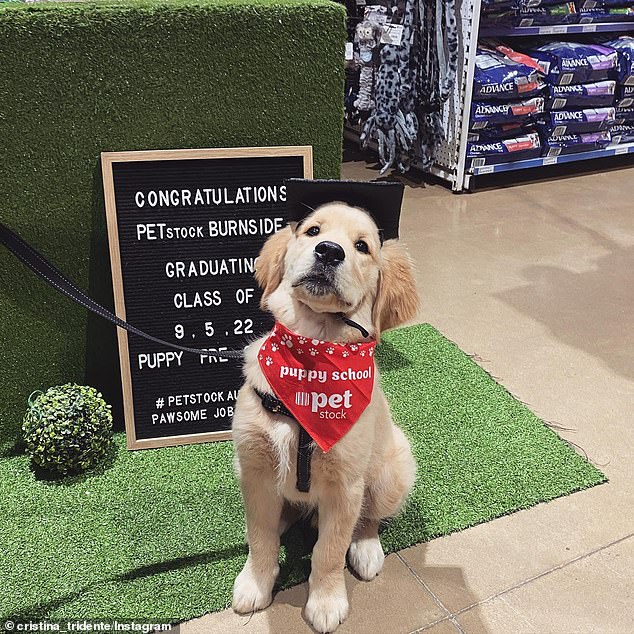 She was walking Hercules (pictured graduating from puppy school) in a park in Robe Terrace, North Adelaide, on Saturday afternoon when the incident happened